Good morning all!
I have another card to share with you today! 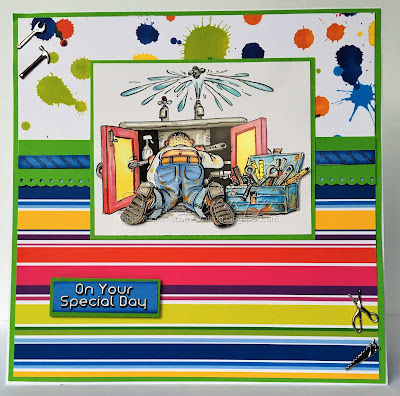 This is a sneak peek of one of the samples I made for the launch of this exciting CD
To quote a friend
"The Big One was a limited edition compilation CD of the best of La Pashe 2008-2011 released five years ago, but people still ask about it now, so La Pashe thought they would re-release it, along with a second volume featuring everything they have done in 2012-2014"

Thanks Sharon, I couldn't have put it better

I, like lots of other people missed out on The Big One the first time around,
so I'm excited about this one!

Thanks for popping in! I hope you can catch the show.