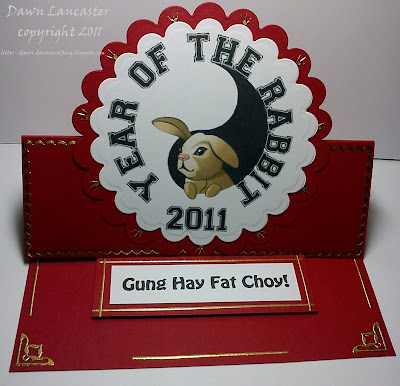 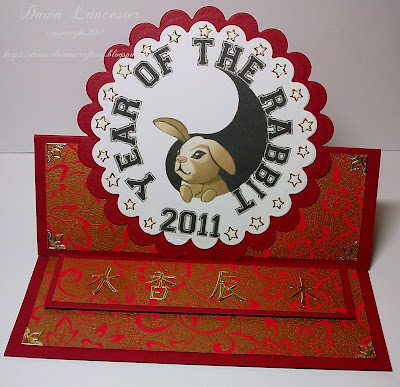 Luckily I had printed off two images so that was simple enough!
I had this lovely oriental paper, which I think my mum gave me ages ago! I didn't want to put it on the card for the takeaway as I'm sure I've used it before so I used it for this one!
I didn't have a printed out sentiment as such but I had previously created a paper with "Gung Hay Fat Choy!" all over it. So I added a small section inside the folded bit of the easel & hey presto!!
Thanks for stopping by for a peek!
Update, came across a challenge for this card at
Rainbow Lady's Challenge Blog Chinese New Year
Sentimental Sundays Chinese New Year
Daring Cardmakers  The Year of the Rabbit
Posted by Dawn at 07:30