Be Gentle With Me! DTD Blog Hop

Woo Hoo, here I am with my first DT card as a Dudette!
*Jumping up & down with excitement!*
I was sooo chuffed when I was asked to be part of the
Dude Time Doodles Challenge Design Team,
I can tell you, I was dancing around the room whooping!
My other half & the cat were both looking at me as if I had lost the plot!!
If you haven't been over there yet, you really must check it out!
You'll never have a problem making a guys card ever again!
So, down to business!
To introduce the new Dudettes & some new releases,
the Dude Time Doodles Challenge  DT are holding a blog hop!
If you're following the hop, you should have come here from
Boni's Blog if you're a bit lost, or have started here, don't worry, I have a list of all the Dudettes Blogs below! It's a circle hop so you can just carry on from here if you like!
Here's my card for the hop! 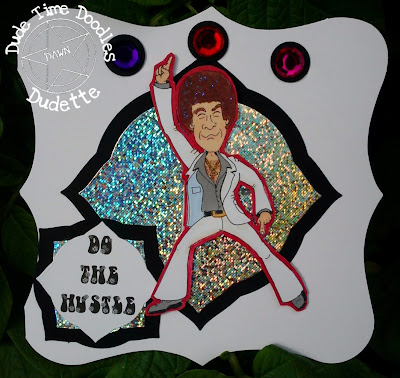 The image is called Herman Hustle
& you can find him in the Dude Time Doodles Store
Not sure you'll all get what I was thinking when I made this,
to quote a friend, "It looked much better in my head!" lol 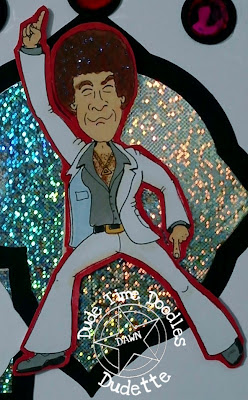 I coloured the image using promarkers & outlined him with red
to give a bit of a glow from the disco lights,
then I cut him out!
I used a shaped white card blank,
added a matt of black paper cut out with a nestie & a smaller matt of holographic paper
from Southfields Bits n Pieces range
I cut a smaller matt of both papers then added the sentiment which was generated on the computer. 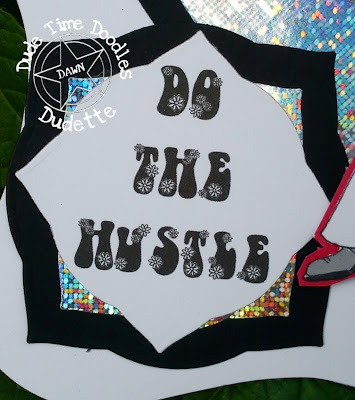 The font I used is called LMS Hippy Chick & you can download it for free here!
I think it suits this card perfectly!
The large gems at the top are stuck onto punched circles of  black paper & are supposed to represent the disco lights! Get it??? 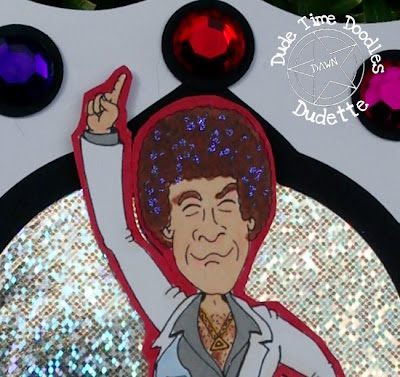 lol, I even added some glitter to his hair to look as if the light was shining through it!
Sorry, I'm rambling! Without further ado, on with the hop!
I do hope you're having fun! What am I saying, of course you are!
You wouldn't be here otherwise, would you?


I've never done one of these before so I'm hoping I've got the hopping right! lol!
If you've followed the hop from the start, you should have got here from Boni's Blog.
Don't forget to leave a comment & a little lurve for all the Dudette's, as you go, they do work hard!
Another reason for leaving a comment is that there may be a prize or two to be won from a mystery hostess along the way!
Wouldn't want to miss out on that now would  we!


Thanks for stopping by, it was soo nice to see you!
Now, to continue on the hop & having fun, follow the link to Lynn's Blog!
I have to admit to being snuggled up in bed while this post goes live, so please forgive me if the links don't go straight to the blog hop posts!
I promise I will fix it as soon as I awake from my slumbers here in Bonnie Scotland.