Good morning bloggers!
Happy Saturday!
Here is my GDT card for  2 Sisters Challenge blog
where the theme this week is Snowflakes!
I had two cards in my head so I made them both! lol
Here's the first one! 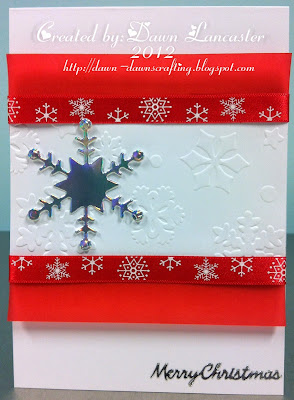 I used an A6 card blank which is folded at the top!
I added some red vellum which I've had forever but don't seem to
use much although I do really  like it.
Next I added a snowflake embossed panel.
I think this was a Papermania embossing folder.
Before attaching it to the card I wrapped my snowflake
ribbon around it. The ribbon is from Lidl, they sometimes have
some great things for crafting! If you keep your eyes peeled!
I also used a peel off sentiment!
Sometimes you just have to! 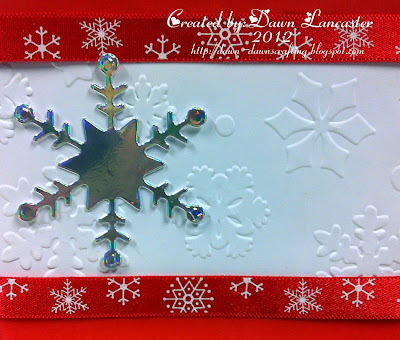 A closer look at the embossed panel!
I added a snowflake which was cut with a Marianne Designs die.
Luckily it was in my box from last year as I can't find those dies! 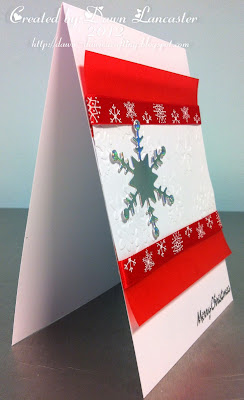 Here's a side view to let you see that the vellum is loose at the
top & bottom & I gave it a bit of a curl, just because... 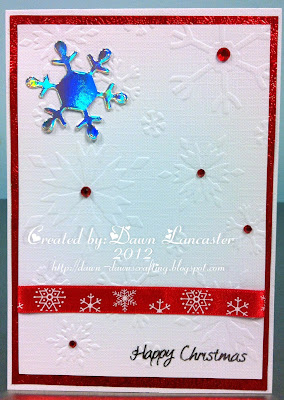 I used red foil paper for matting on this card.
As you can see I dotted a couple of self adhesive gems about!
I did think about adding a bow but when I tied it it made the card too bulky
to be mailed in the UK using a normal stamp, (especially as I want to
include a Christmas letter) so I left it off! 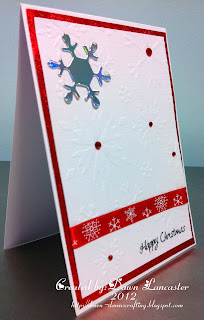 Here again is a side view!
This weeks sponsor is
Inked Treasures

I hope you can join in the challenge.
I'm sure everyone will make a card with a snowflake somewhere
on it at this time of year!

Morning blogland!
Happy Thursday to you!
It's time for my Just Inklined card! 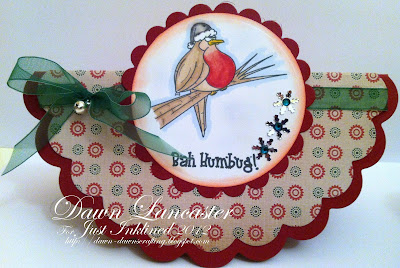 Meet Rotten Robin he's available at Just Inklined for the  princely sum of 59p
I just couldn't resist adding the Bah Humbug! sentiment.
The font I've used is called Frosty & you can get it free here
If you look at the Just Inklined blog, you'll see lots of Robins this week!
Lol! We must have all been of the same mind!
My base was cut using a scalloped circle Grand Nestability then
folded in half. The paper is digital freebie (it's been printed out in my stash forever)
& I can't remember where it was from.
When I do I'll add a link! 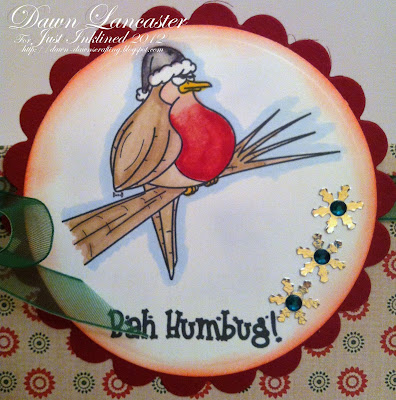 I coloured him up with Promarkers, chalked around with red
& chalked the background with blue but it's hard to see!
I then cut him out with a circle nestie & matted on to a scalloped circle.
I added little silver punched snowflakes with a Papermania gem at the centre. 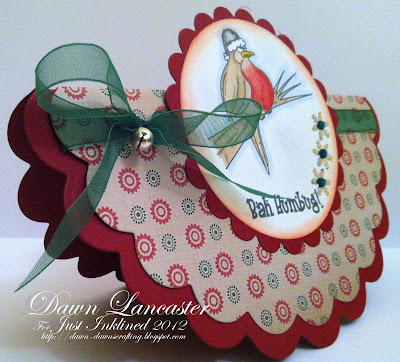 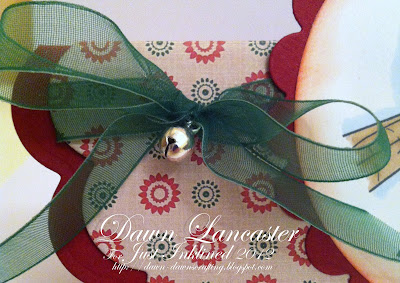 I tied a bow & added a sliver bell from MeiFlower. 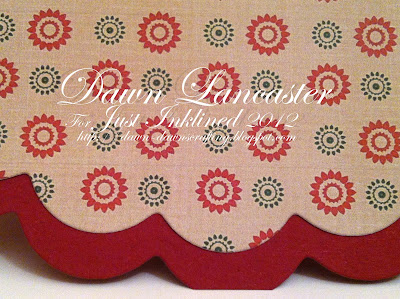 I trimmed the tiniest bit off the bottom at the back to stop the card
falling over to one side.
Thanks for stopping by, I hope you like my card!

Good Morning bloggers!
Just stopped in to tell you about a massive sale at

The Crafty Pad Designs.
Did you know that the shop & the challenge blog are closing?
Debbie the lovely boss has decided to give a huge 25% off
of everything! From now until the 6th January 2013.
The shop closes its doors on the 7th Jan 2013!
Make sure you don't miss out on a bargain!
Debbie's images will continue to be available for purchase after the 7th Jan from

Just Inklined To Hop In December 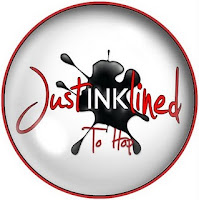 Our host is the lovely Karen L who has chosen the theme
"All That Glitters"!
That lady has a lot to answer to! My husband has gone in to
work this morning like a glittering example! lol
If you're following the hop, you'll have come from the beautiful & very talented
Karen J's blog.
Here's my card! 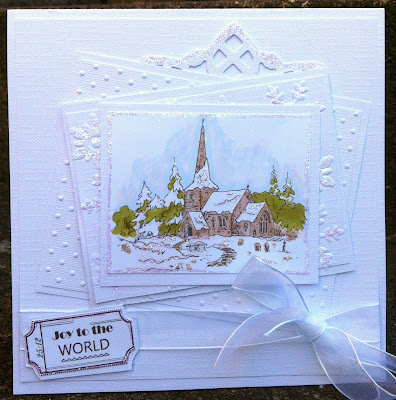 I've gone for white on white with some Diamond Sparkles!
The image I have used is Little Church In The Snow
just one more of my many fav images at Just Inklined
I coloured it up with Promarkers & Flexmarkers from Letraset 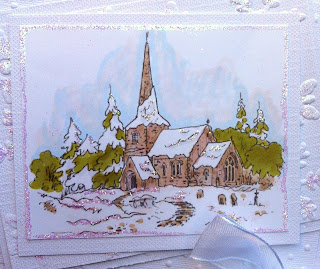 If you're anxious to hop on, your next stop is the awesomely talented
Tammy who will, no doubt, have something wonderful to show you!
Before you go don't forget to leave a comment as there are a
couple of spot prizes to be won & you never know where you might find them!
Read on to hear more about my card! 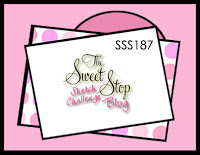 The photo Inspiration from 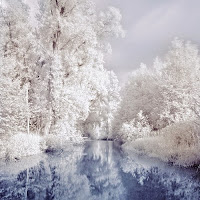 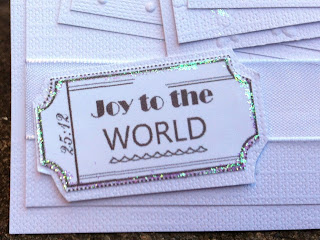 Thanks for hopping by!
Don't forget to leave a comment before you hop
on to Tammy's blog!
I'd like to enter my card in the following challenges with
thanks to the wonderful team of Feline Playful volunteers!
Emma's Crafty Challenge Let It Snow
Creative Craft Challenges2 White On White Christmas
Addicted To Stamps Christmas Time
Kenny K's Krafty Crew Frosty Hues
No Matter Which Challenges Christmas
The Ribbon Girls Christmas Projects
The Hybrid Chick Card Caravan Photo Inspiration
2 Sisters Challenge Christmas Sparkle
Challenge Up Your Life 1st Snow
Crafty Calendar White Christmas (with the option of something metal)
Sweet Stop Sketch
Totally Gorjuss Anything Goes With Glitter