That's Not A Card!

Good Morning all!
It's Wednesday & it's time for a new challenge at Dude Time Doodles!
I just couldn't be bothered to make a card this week!!!

Actually, I needed a bottle gift bag  & when I took one out of the cupboard,
I thought it looked sooooo bare, I wanted to do something about it!
So here it is! 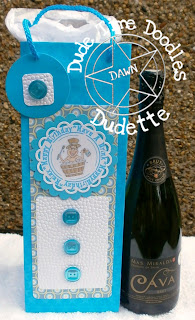 The Challenge at Dude Time Doodles this week is an
Inspirational Challenge!
Here's the photograph! 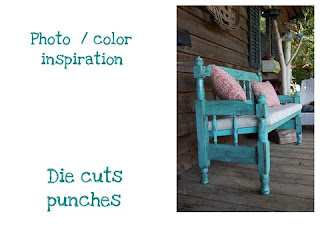 As you can see we'd like you to use the photo/colour for your inspiration
& Use Die Cuts, Punches or Both!

I used both!
Before I forget, just to make it a bit more interesting for you,
we are sponsored for this week's challenge by
Stamp By Step 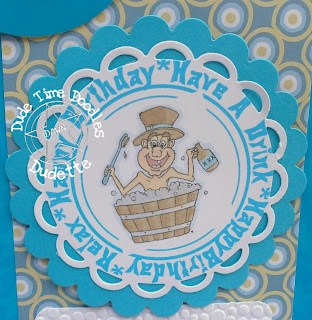 I used a piece of patterned paper which has been hanging about in
my stash forever! I'm trying to use some stuff up so I can get more!
It's a digital paper but I'm not sure where from!
I cut the A4 sheet in half, vertically & then cut a strip off to
make it a better length. I rounded the corners with a punch,
The image I have used is
We With You A Merry Chrithmus
Such a great image for any occasion I feel!
I made the sentiment in my graphics programme using a free font called
Pinch Drunk which you can get here!
Next, Iadded the image to the centre.

I then cut it out with a Nellie Snellen die & matted it on to a
scalloped circle which was cut out with a nestie!
I forgot to say I coloured the image with my trusty promarkers.
Look how dirty that water is!!! 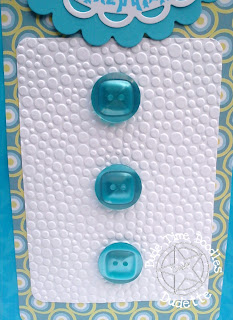 To mimic the bubbles I used a Cuttlebug embossing folder on
some white card stock. I rounded the corners with my punch
then added some buttons.
I actually used my hot glue gun to stick down the buttons!
Lol
I've only had it since August last year but this is the first time
I've had a chance to play with it!
I have to say it's my new favourite tool!!
I added a little square of the embossed card stock & a button
to the label on the bag!
The buttons are recycled!
A friend of mine did a favour for a neighbour of hers &
in return the neighbour handed in a huge box of buttons,
some are new & some have been taken off of garments.
My friend was unsure what to do with them & brought them to me!
Yay!!!
If anyone would like some buttons, just pop in & collect them!!!

As ever, I'd like to enter my project in a few challenges:
Emma's Crafty Challenge Shades of Blue
House That Stamps Built Scraps
Inky Impressions punches/dies
Penny's Paper Crafty Anything Goes
Whimsy Inspiration Anything But A Square Card
Creative Card Crew Masculine
Digital Tuesday Use Your Stash (Paper & Buttons)
Use It Tuesdays Birthday (Papers & Buttons)
Kaboodle Doodles Boys or Masculine
Karens Doodles Celebrate
Make It Monday Anything Goes
Simon Says Stamp & Show... Anything Goes
Stamps R Us  Anything Goes
The Cutie Pie Challenge Anything But A Card
One Stitch At A Time Anything Goes
Scrappy Frogs Die Cuts
Allsorts Challenge Free & Easy February
Creations By Gill M Colour/Photo Inspiration
Phindy's Place Round & Round
Stamp Man Texture
Drunken Stampers Texture
Sweet.n.Sassy Digi Challenge 'Hat' off to you
Crafty Ribbons One For The Men or Boys
Craft Us Crazy Anything Goes
Digi Doodles Shop's Best  One For The Boys

It's Sunday & time for the latest challenge at
The Crafty Pad!
This week's theme for,
Challenge #157 is The Letter B
We'd like to see things beginning with B on your Project!
There's lots to chose from!
Here's my card 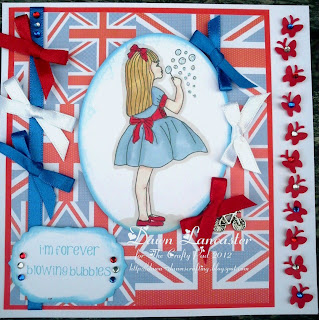 The ladies of the DT were given Lulu Blowing Bubbles to play with this week!
She's such a litttle darling & as soon as I saw her I began to sing the old song
"I'm forever Blowing Bubbles"
That's where the inspiration for my card came from!
I used a Basic 5"x 5" square card blank for the base of my card.
I decided to use a patriotic colour scheme Red White & Blue 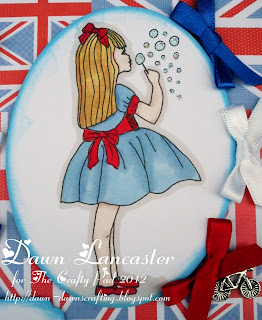 I coloured the image up with Promarkers &
gave Lulu Blonde hair, a Blue Dress & highlighted the Bubbles with
a bit of bling in the form of Glamour Dust! 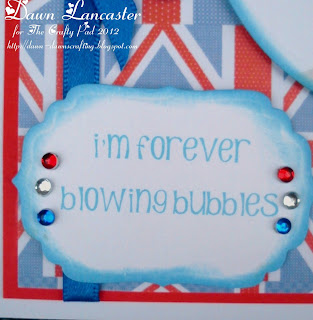 The Blowing Bubbles sentiment was inspired by the song & I
added  some bling in the form of Red White & Blue gems! 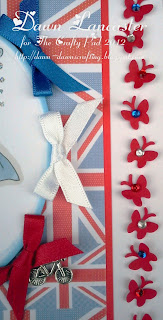 The Buttterfly  Border had some added bling too!
I also scattered a few bows around! 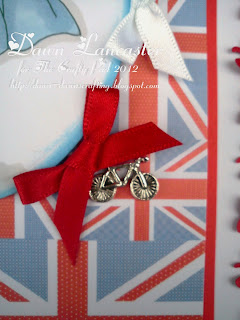 I wanted to add a little charm to this card & what better than
a little bicycle! The little beauty has to get about somehow!
The very British Union Jack Design Paper is my latest purchase
from Southfields, sorry, I can't recall the name of the pack right now!
Thanks for looking, I hope you can join in with out Challenge this week!
This weeks sponsor is the fabulous

Crafty Emma's Store
One lucky winner will receive a £10 voucher to spend in store!

Don't forget we also have a Design Team Call at The Crafty Pad too!!!
Check out the Challenge Blog for the details
Don't worry if you have no previous experience, we're looking for
crafters at all levels
You have to be in it to win it so go on, give it a go!!!
You know you want to!!!